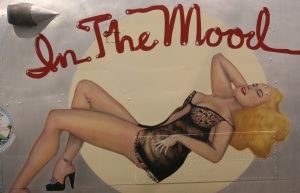 On leave, your typical sailor goes home to a proud family who break out the faded pictures of Grandpa posing in front of a torpedo-bomber with pinup-girl nose art. In between sea stories of 7th-fleet barroom brawls, Uncle Jim wistfully recalls how much he bled when they tacked on his crow. Of course, Uncle Jim notes, it’s a different Navy now; one that is sensitive and politically correct. Your typical sailor will smile politely and say nothing, silently wondering if Uncle Jim is right.

When he returns to his ship, it is not an assault of Japanese dive-bombers he must survive, but the never-ending onslaught of futile training driven by the actions of a few dumbasses: safety, substance abuse, equal opportunity, hazing, suicide prevention, network security, sexual assault awareness. The rest of the time he spends cleaning or, if he’s an officer, managing paperwork. If he spends any time at all preparing for battle, it feels like a low-priority afterthought.

It is impossible to avoid a romanticized view of the past. Everyone, officer and enlisted, must occasionally deal with the uneasy feeling that military service is an emasculated shadow of its former glory. The expression “kinder, gentler Navy” is and always will be pervasive, with all that it implies. The worldview that produces this phrase is loaded with biases and logical fallacies, though, and in this post I hope to bring them to light.

What I eventually came to realize, though, is that this isn’t warrior culture; it is just dudes being dudes. Visit any frat house, or any football locker room, and you will witness the same brutality and grab-assery. Any group of young males—infantrymen, firefighters, athletes, oil rig workers—will exhibit similar behavior and will become similarly convinced that they are the dirtiest, hardest-drinking, toughest bunch of vagrants ever to live. This is just something that young men do, and most of the time it is fun and endearing.

Navy culture is indeed unique among the services. The individual warfare communities have especially distinct, awesome subcultures as well. These have evolved based on the very different types of jobs we have to do. Incorrectly identifying typical guy behavior as something that makes us unique only distracts from what makes us elite.

Fallacy #2: Brutality and vulgarity make us better at War. No they don’t, no matter how intuitive this little nugget of conventional wisdom may seem. They are at best neutral; when they reach a degree to which they subvert and undermine the chain of command, they make us worse.

War is certainly brutal and vulgar, and that is why we train. Training, discipline, and cold, calculating precision are what make us better at war. Hazing and other disorganized, amateurish bullshit do nothing to put ordnance on target. Even for that tiny fraction of our military who actually carry rifles into combat, it is their training and discipline that make them deadly. 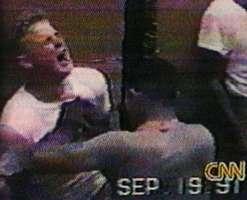 Bottom line, if your people aren’t tough enough, it’s because their training sucks, not because we refuse to tolerate bush-league male bonding rituals.

Fallacy #3: Bad execution = bad policy. Does preferential treatment occur, based on race, sex, religion, or orientation? Sure, and it cuts both ways. This is a huge organization, full of flawed human beings with interests to protect and prejudices to indulge. Is it common? Nah, not really. Is it institutionalized? Absolutely not.

This is an important point. While isolated cases of double standards or preferential treatment certainly do occur, these are local failures of leadership, not broad decrees of policy. When they come to light, it is an example of good policy poorly executed at the local level. Somebody has to answer for it.

What about all the time we futilely pour into training for things like equal opportunity and sexual assault? This is a side-effect of democracy, as our leaders answer to Congress who answer to news media. I don’t really know what else you could do. What about knee-jerk overreactions and stupid witch-hunts? All examples of poor execution.

It is impossible to avoid a romanticized view of the past

The danger is that it’s very easy to confuse our frustrations with the execution as frustrations with the policy. I bet Grandpa didn’t have to go to sexual assault training, and he never had to worry that he’d be unfairly passed over for promotion because he was competing with a protected in-group. If only we were still Grandpa’s Navy, where men could be men. Wait, I mean white men. Wait, make that white heterosexual Christian men. Maybe Grandpa’s Navy needed to change.

Fallacy #4: You should fear political scandal. Our environment conditions us to believe that any event involving hazing, discrimination, or sexual anything will necessarily result in some kind of dramatic overreaction, with IG investigations, firings, and widespread public executions. I certainly felt this way, until I experienced a few scenarios that were handled well. There’s certainly historical precedent for these nightmare scenarios, but you never hear about the majority of cases that follow due process and are adjudicated in a methodical, non-sensational manner.

An officer who is paranoid about scandals will be tempted to handle potential high-visibility issues in one of two ways: to neurotically overreact with draconian witch-hunts and inquisitions, or to under-react or hope the problem goes away. Both errors have potentially devastating consequences. The only way to handle these things is like a consummate professional.

If you unambiguously refuse to put up with things you know you shouldn’t, you drastically cut back the odds of an incident. If something does occur and you need to report it or investigate it, then you must follow due process to the letter, and concern yourself only with facts. Be brutally honest with yourself, as emotions, biases, and preconceptions are very dangerous in this situation—they are what will get you into trouble. If you have done your job and adhere to the truth consistently, you will have nothing to fear of political fallout. 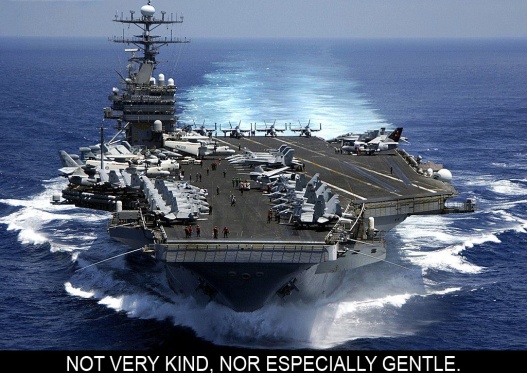 “The Kinder, Gentler Navy.” Please avoid using this stupid phrase. It is emotionally charged, and speaks to a Spartan fantasy that no one serving today has ever experienced. It is kind of like saying “don’t get me wrong, I’ve got lots of black friends” in that it communicates something entirely different than what the speaker intends. In this case, it suggests an insecure thirst for some kind of macho validation and disappointment that the Navy has failed to provide it.

I’m not a mouthpiece for the admirals, and I don’t care about the party line. I care about intellectual honesty. I don’t deny that we have problems, many of which can be traced to poorly executed political agendas. I don’t deny that the PC police go utterly insane on occasion. None of that is our problem to solve as junior officers, and our complaining about it accomplishes precisely nothing—leave that for the retirees. In addition to truth, there’s a lot of error in the common complaints, and that’s what I’ve tried to address here.

Despite our problems, we are a more capable, disciplined, and professional organization than we ever have been, and it’s OK to be proud of that. Discipline is warlike. Professionalism is warlike. Those are the qualities our adversaries fear, not our barracks antics.

8 thoughts on “Myth of the “Kinder, Gentler Navy””