I was going to write a post titled “Diffuse Credit, Absorb Blame.” It’s Leadership 101—officers should be quick take responsibility for the losses, and equally quick to credit their subordinates with the wins. I think we all pretty much get that, and I don’t need a whole blog post to make my case (though I may revisit it sometime). Instead, I want to zero in on the idea of giving and sharing credit; specifically that it’s not just something we should do for our subordinates. We should also share credit horizontally, doing what we can to build up our colleagues.

Junior Officers always complain about the “ranking” system, in which a peer-group of JOs are “ranked” by their superiors from best to worst, and FITREP scores are distributed accordingly. The beef is that this system sets up an atmosphere of competition rather than cooperation within the wardroom, and provides incentive to backstab, undermine and sabotage. If my peer looks bad to the boss, I will necessarily look better by comparison, and this would theoretically be reflected in my FITREP scores.

I think we can all agree that anyone who would willfully engage in such destructive behavior for personal advantage is a pathetic worm. I think these people are actually pretty rare. Unfortunately, the “competition” element can influence even the best humans subconsciously, and can subtly steer anyone in into harmful patterns of selfishness and envy. Recognizing that we are all vulnerable, I think the most effective and constructive way to give a triumphant middle finger to the vice of selfish ambition (as well as the ranking system in general) is to find reasons to speak well of your competition— especially when you’re in front of the boss. 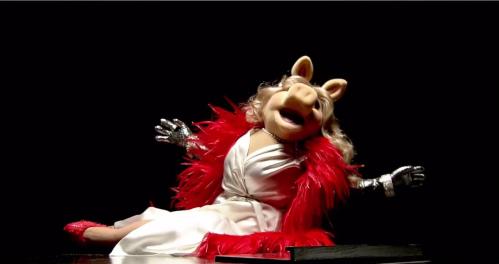 It’s not always easy—especially when your competition is a self-promoting climber. It doesn’t matter: You’re not doing this for them, you’re doing this for you. This is an affirmation of your humanity and self worth; a positive declaration that your FITREP score will never be as important as being able to look at yourself in the mirror. JOs who fight over the spotlight are about as cool as hookers fighting for a patch of sidewalk.

It helps keep you honest—you are in all likelihood not the smartest or most capable officer in the room, and even if you are it does you no good to believe it. You make mistakes, and your fellow JOs—even the ones you don’t get along with—do great things from time to time. Deliberately acknowledging those successes isn’t just good karma, it directly short-circuits the cognitive biases working against us, which distort reality to convince us that we’re the only ones really pulling our weight. Everybody thinks that.

There’s a twist, though. Your reporting seniors were once JOs as well, and they’ve seen all these patterns before. If a JO tries to make himself look good at the expense of the others, the boss will almost always see right through it. The senior will probably just chuckle privately and make a mental note about that individual’s character.

Your CO does not want JOs that kiss ass, backstab or otherwise sow discontent within the wardroom. They want a cohesive, effective and self-regulating team, professionals that watch each others’ backs for the greater good—that is what will get the ship underway on time, and that is what will keep her off the rocks. If you are the kind of officer that fosters and promotes a cohesive team, your FITREP will take care of itself.

Remember, ships are not closed systems and credit is not a zero-sum industry. There is more than enough to go around– we create it when we succeed, and we create it when we celebrate the successes of others. We destroy it when we fail or when we allow others to fail. You look good when your peers look good, and you look bad when they look bad. There is no such thing as individual success or failure in this business– for better or worse, we all burn together.

2 thoughts on “Yield the Spotlight”